It’s the one year anniversary since the launch of AI: The Somnium Files and Spike Chunsoft’s lead editor/localization producer energia posted a Twitter thread in celebration. Said thread chronicles the brainstorming sessions that kicked off the game’s development (warning for some story spoilers in the later replies):

It’s the one year anniversary of AI: THE SOMNIUM FILES! To celebrate, here’s something special. This is a picture of our very first brainstorming session for the name. It was one of my first days at Spike, and I never could have dreamed where it would lead…#AInniversary pic.twitter.com/6D73f7eijz

We can see how the staff plotted out what would happen during the major story beats depending on the path players took and how it would lead up to the endings. It’s really cool seeing a bit of the process behind the game’s storyboarding, even if it’s incomprehensible to those who haven’t played the game yet. Also shoutout to that one Reddit user who figured out how the marketing campaign would be setup on Twitter and how it would correlate the plot and characters in-game.

AI: The Somnium Files launched to quite the positive critical reception. It had been delayed several times last year, including to September 17th in North America (and September 20th in Europe) due to quality concerns. The physical version was also delayed to September 24th because of manufacturing delays.

The final gameplay trailer for the game is here, which gives us an extended look into the story and characters as well as how actual gameplay mechanics work.?The title?was first revealed during a panel at Anime Expo 2018 in Los Angeles and the collaboration has been receiving occasional updates since then.?Uchikoshi and Spike Chunsoft finally?unveiled the project in full last year, which was previously code-named Project Psync.

In a near-future Tokyo, Special Agent Kaname Date is on the case of a mysterious serial killer. Date must investigate crime scenes as well as dreams on the hunt for clues by diving into a person’s psyche and uncovering their hidden memories. All within a strict time limit.

Why Ratchet & Clank is the Most Important PS5 Game

The game starts with the following scenario: one rainy night in November, a woman’s body is found at an abandoned theme park, mounted on a merry-go-round horse. She had been stabbed repeatedly, and her left eye was gouged out. Kaname Date of the Metropolitan Police Department arrives on the scene. He recognizes the woman. Suddenly, he hears a noise from inside the merry-go-round. He breaks into the merry-go-round’s central column to find a young girl. And in her hands, she grips a bloody ice pick.

You can order both the standard and limited edition for PS4?and?Switch.

Have something to tell us about this article? 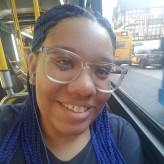