[Kirby & the Amazing Mirror]You’ve once said that there is a “typical yoga body” that people are intimidated by. What is the “ty

A key voice in the wellness sector, Jessamyn Stanley is the committed yogi and respected teacher who co-founded The Underbelly–an inclusive virtual yoga app–and We Go High NC– a cannabis justice organization that works to increase cannabis access in prohibition states– all while co-hosting her Dear Jessamyn podcast.

The idea for Yoke: My Yoga of Self-Acceptance actually came while Stanley was working on her first book, Every Body Yoga, an inclusive beginner’s guide to basic yoga postures that breaks down stereotypes. More specifically, the idea generated from a typo. In Sanskrit, yoga means to “yoke.” To yoke mind, body and spirit, to unite movement and breath. But what made it to print instead was “yolk,” as in the yellow part of the egg. What happened next? Well, instead of freaking out about it, Stanley did what she does best: She took her frustrations down to her yoga mat and let her emotions be.

In Yoke, Stanley examines herself all while exploring topics of race, sexual identity, white privilege, cultural appropriation and cannabis consumption.

To celebrate the release of Stanley’s second book, we caught up with the widely-read author to discuss the practice of yoga, staying positive in a weight-obsessed world and of course, get the lowdown on her guide to self-acceptance.

“I was actually in graduate school and I was going through a very low point in my life. So, one of my good classmates suggested that I take a hot yoga class with her. I had tried yoga once before and I had absolutely hated it. But, my friend convinced me and we ended up going. The entire class seemed impossible and none of the postures were accessible to me. However, I quickly realized that in yoga, every posture pushes you to engage with the idea of what you think you’re capable of and extend beyond it. I continued to go to classes and thought to myself, ‘just try, what’s the worst that can happen?’ That idea of just trying was revolutionary for me. It completely reshaped the way I was living my life and gave me the confidence to take a leave of absence from graduate school and move cities without a plan. When I moved, I couldn’t even afford to practice yoga in studios, so I would push all the furniture out of my living room and practise the postures I could remember. Over time, when I finally had enough money, I attended classes and subscribed to different online yoga studios. This is what encouraged me to start studying yoga and share my practice on social media.” 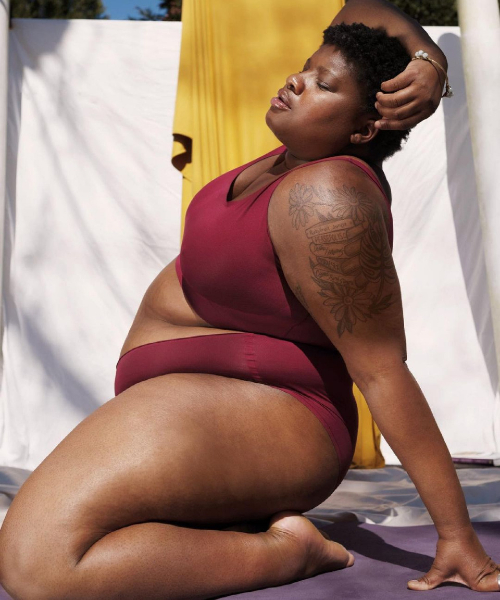 “I don’t even think I can begin to quantify the impact that yoga has had on my life, it is so profound and it is reflected in every single piece of my life. I can sum it up by saying that it has permanently altered the way I see the world and the way I see myself in the world. I’ve had quite a few ‘aha’ moments where I thought to myself ‘alright, this is about way more than just headstands’. But, the one that stands out the most happened during my yoga teacher training. I was partnered with someone much smaller than me for a partner exercise. From the get-go, I was paranoid that I would hurt her and I profusely apologized to her throughout the entire exercise. She eventually stopped me and told me that I didn’t need to apologize and I responded by saying ‘Oh, I’m sorry, I guess I’m just apologizing for existing.’ And I just thought ‘I’m apologizing for existing? How long have I been feeling this way? Have I always felt this way? How long have I been apologizing for the fact that I’m on this planet? What has that impacted? What relationships have been impacted by the fact that I think I don’t deserve to exist?’ It was like having someone wipe a fogged mirror and at that moment, I collapsed into tears and was so grateful to finally see myself. Ever since, I crave that feeling from practising. That experience of letting myself exist exactly as I am has been the biggest ‘aha’ moment for me.”

“I’ve learned to accept that it is a day-by-day journey that will never end. As a collective, we often try to find this miracle cure to rid us of our body negativity and body shaming. But, in a lot of ways, my body shaming and my self-hatred has been a real gift. It allows me to understand myself and offers a lens through which I see the world. I learned how to body shame myself from a very young age and as a result, it became an addiction. With any addiction, you never really get over it, rather you just learn to live with it and accept it. That’s how I approach body shaming. I realize that it is an addiction that I am living with and consistently making space for, while also trying to not judge myself, especially on the days that I’m backsliding or on the days that I say something negative about myself. It’s a curving road that goes through phases and is only going to evolve. Every day is an opportunity to practice and accept myself.” 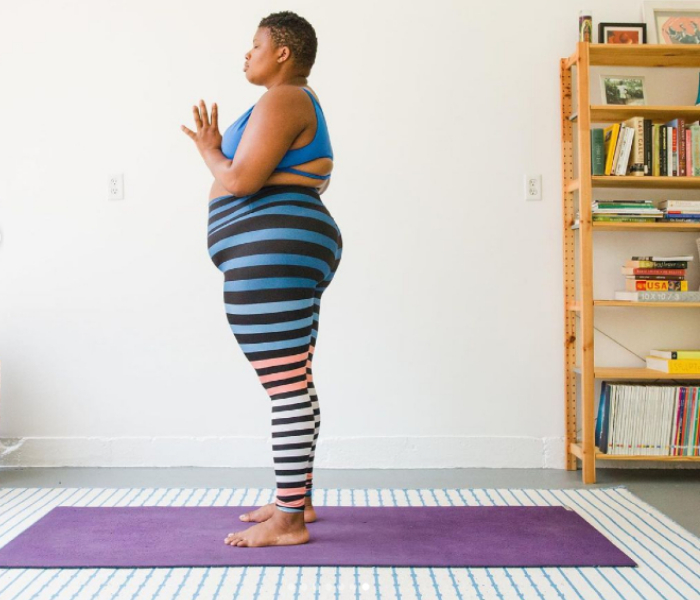 “We change that by using the word ‘fat’—and that’s exactly why I call myself fat. Before I started practising yoga, I became familiar with the work of people like Lesley Kinzel, Marianne Kirby and Jess Baker, people who have been talking about body liberation and body politics for a very long time. Body positivity, body liberation and body neutrality are all derived from fat acceptance which has become a very radical movement working to end the stigma that it is shameful to be fat. But a huge part of that marginalization is refusing to use the word fat. When people use words like ‘curvy’ or ‘bigger-bodied’, it’s by fear of being associated with the word fat. ‘Fat’ ultimately just means ‘large’, it doesn’t mean anything other than that. But as society, we have defined ‘fat’ as meaning ‘stupid’, ‘ugly’ and not worthy. The way to reverse that and the way to take the ammunition out of that word is to own the word ‘fat’ and let it be something that is not used as an insult but as a way of lovingly describing yourself.”

“There’s two things that I think are really big. The first is noticing the things you say to yourself, and the second is noticing the things that the people around you say about themselves. For me, the first step was much more difficult to come to understand. I never noticed how hateful I was towards myself until I started taking photos of my yoga practice. In the moment of the photo, I would think ‘yoga’s amazing, everything’s incredible.’ But afterwards, I would go back and look at the photo and immediately start talking badly about myself. Over time, I thought: ‘no one else in the room is saying these things except me’. We always want to blame it on somebody else–our parents, our friends, the media, but ultimately, it comes down to the fact that I was the one saying these things. The practice I recommend to people is hearing that negative self-talk, not trying to change it, but really just hearing it. When I hear myself being negative, it always turns into a therapy session. It’s having that awkward conversation with yourself that’s effective in slowing the negative self-talk.

Next is the talk that other people have. When you listen to what other people have to say about themselves, you notice that they have a really powerful energy that affects your mental well-being. If you spend your time around people who hate themselves, that’s the kind of energy you will be growing in. Whether you need to remove yourself from that friendship or relationship, or just have a talk with them, it can make a difference. Those two things combined can make a positive impact on the way you feel about yourself.” 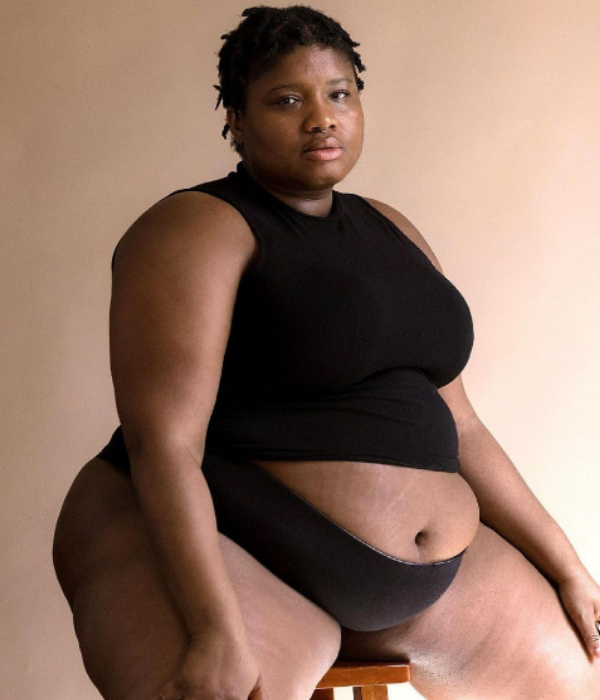 “The typical yoga body is a thin, white, able-bodied, traditionally educated, wealthy person. If there’s any diversity, it’s possibly in skin colour, but everything else is the same. You rarely see people who are disabled, older, fat, tall and you also hardly ever see men or people who identify as male. Because of the way that yoga has been marketed—towards thin, white, able-bodied people—other people tend to veer away from the practice if they don’t fit this typical description. However, the whole idea of a typical yoga body has nothing to do with yoga, it’s completely irrelevant.”

“Yoga and cannabis have a relationship that is thousands of years old, focused on a way of naturally healing bodies. Cannabis has been paired with not just yoga, but many spiritual practices because it allows for this internal cleansing so that when you sit down for meditation or practice breathwork, you’re able to tune into the esoteric nature of our universe. I think that a lot of this information has been hidden because of prohibition-era politics which have sought to marginalize people who use cannabis through propaganda that was not based in fact. Even though prohibition is on the way out, the strongest lingering effects of prohibition are in this idea that cannabis is dangerous or that it’s not good for your body, or that only stupid people smoke weed. Re-educating the public is one of the things that we focus on at We Go High, but as a personal mission, I focus on teaching that if you utilize cannabis as a cleansing agent for your body, you’ll be able to tune much deeper into the practice of yoga.”

“I knew that I would need to write Yoke while I was writing my first book because Every Body Yoga is about how to start practising yoga, what postures to start with, how to use yoga blocks etc. But once you really start practising yoga, you recognize that the real practice doesn’t happen on your mat, but rather within yourself and in every moment of your life as you uncover these intersections of your identity. Yoke is about my process of self-acceptance. It’s about accepting internalized self-hatred, internalized racism, accepting slut-shaming and my fat-shaming. It’s not about changing these things either, but gazing upon the complexity of your full self. It’s about saying ‘I’m a human being and I’m complicated and this is my truth.’ What I hope that the readers of Yoke walk away with is an opportunity to fully accept themselves and be able to love themselves and the journey. 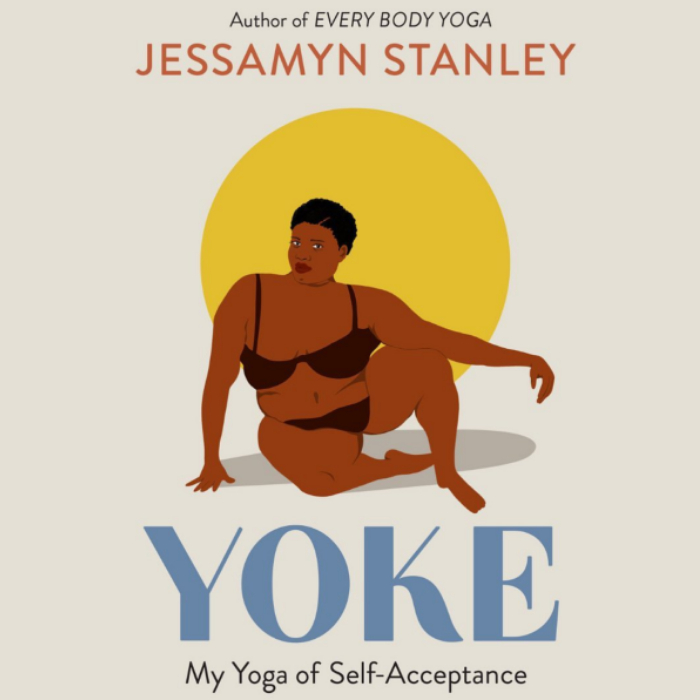 This New Cookbook Is Here to Help You Eliminate Kitchen Waste

From Toronto to Hong Kong: A WWII Love Story and Canada’s Dark History

For the latest in fashion, beauty and culture, sign up to receive ELLE’s daily newsletter.